Howling to the Moon 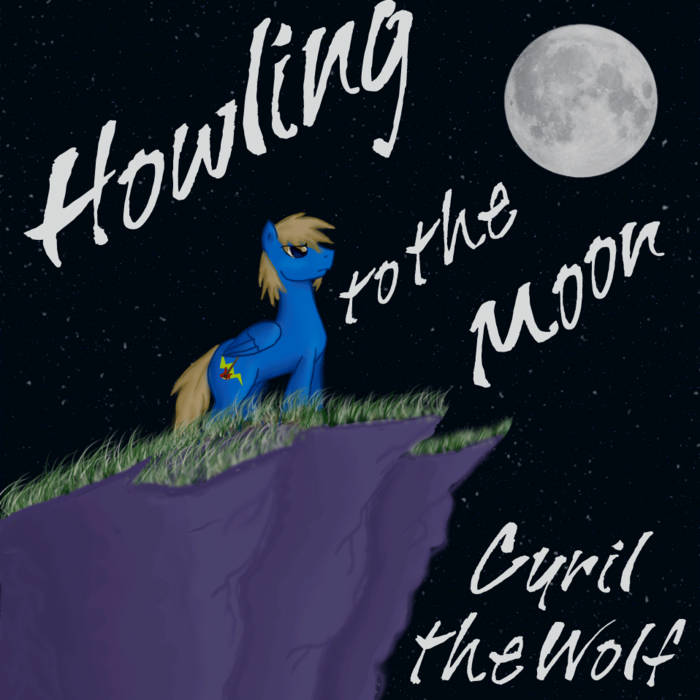 unkoj While “Millennium Alone” truly stands out, I also cannot help but love how “Life of a Twilight Star” tells so much of the story in so few short verses. Favorite track: Millennium Alone (Luna).

The past year as been an incredible one, I wrote Millennium Alone in a fit of emo-loneliness and haven't been able to stop writing songs about those dang cute pastel equines since. I have a concept album in the works but I don't really want to make my fans (I still can't get used to using that term in reference to myself) wait for something that may take another 6 months to finish (to be realistic.)

You'll recognize most of these from my Youtube channel but I have remastered almost every single one and in some cases even re-recorded things as needed to get them to sound to what I thought they could at my current level. A year from now I may not like them but hey, I'll roll with it. I included Righteous Fury because it's an amazing song don't hate ;)

Thanks to all my fans and the entire Brony Community for supporting the endless numbers of musicians who roll through on a daily basis.

Special thanks to Tarby for his guitar work, advice and friendship
Everfree Radio, Celestia Radio and Fillydelphia Radio for being the three coolest and most awesome brony radio networks I have come to know!
A great thanks for Forest Rain for being the fastest and closest friend I made after joining this community... endlessly giving me mixing and vocal advice.

Last but not least: An honorable mention to Makkon, iamnotacleverpony, circuitfry and the rest for starting My Little Remix and trying to make sense of the explosion of creativity that resulted from My Little Pony: Friendship is Magic. If it weren't for that community I may have just made one song and left.

Cyril the Wolf - Everything on all tracks except for All Confidential
Tarby (youtube.com/user/TarbyRocks) - Additional Guitar on All Confidential
Album Art by Calligraphy Victoria (calligraphy-victoria.tumblr.com)
Typography by Fantasy Addict (morbidlycurious.tumblr.com)